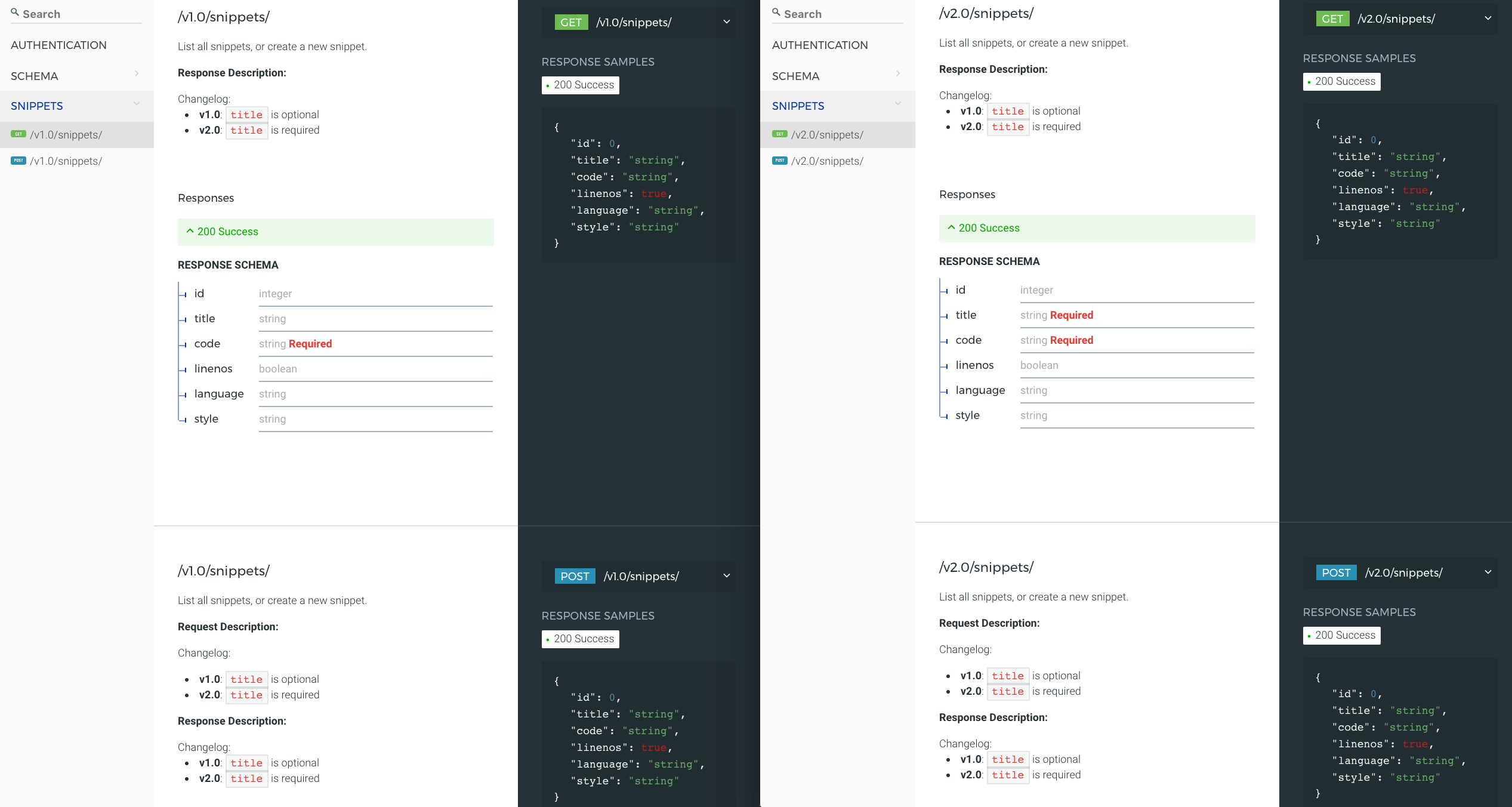 Django Rest Framework has an API schema generation/declaration mechanism provided by coreapi standard. There are a couple of problems with the current ecosystem:

This project was born to bridge the gap between DRF and OpenAPI. The high-level requirements are as followed:

It’s important to stress the non-intrusiveness requirement, not least because I want to minimize what I will have to change when DRF itself decides to support OpenAPI officially, if at all.

Currently DRF OpenAPI only supports DRF project that has versioning enabled. I have only tested URLPathVersioning but I intend to suppor the full range of versioning scheme supported by DRF.

Please read the docs for a quickstart.

Also I have recreated the example in DRF tutorial with OpenAPI schema enabled in examples/.